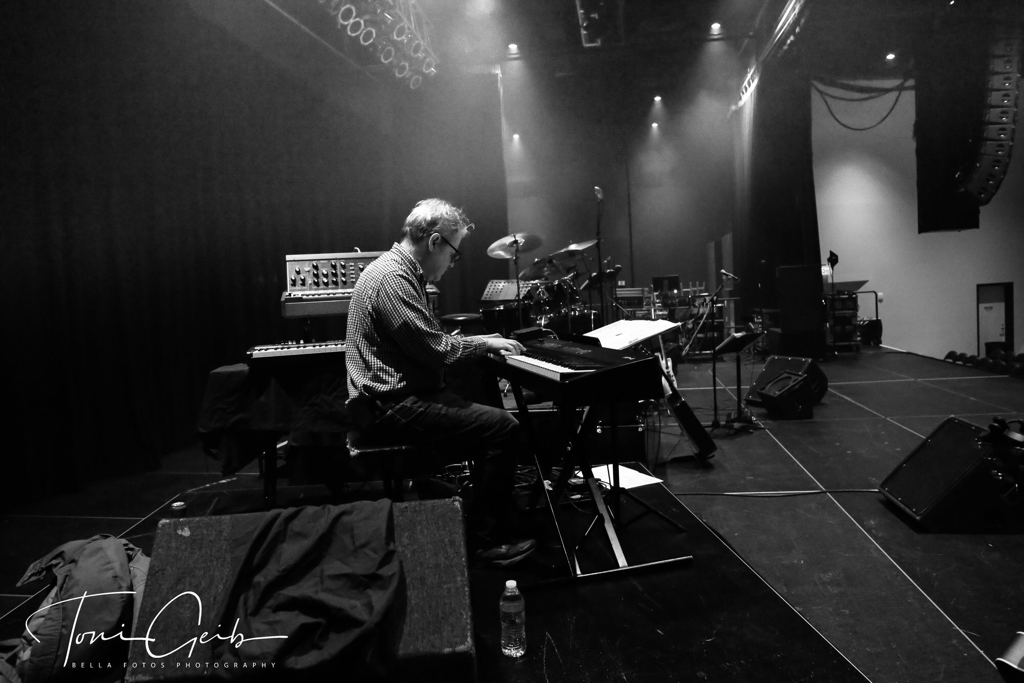 I have been busy playing gigs all summer, and have tentatively completed two of a series of an anticipated five Music Theory textbooks (more on that later).

Additionally, my new choral suite "On This Starry Night" has been published and is now available through Musical Resources.

This suite is in five movements, ranging in mood from whimsical to deeply contemplative:

1. The Night Sky at Christmas Time (which was originally composed 2008, and has had multiple performances, including by the Toledo Choral Society in December 2018)
2. Briskly We Walk Through the Starlit Night
3. On This Starry Night
4. The Ancients
5. Consolation

Movements 2 through 5 of the set were composed between January and July 2018.
This Choral Suite is available here:

AUGUST 2018 NEWS:
A collection of my solo piano pieces has just been published by Musical Resources under the title
“Four Pieces from Two Millennia for Piano” and it is available here:

The pieces in this collection are:

This last movement Hemiolae has been especially popular with several of my students over the years.

Originally from West Terre Haute Indiana, Adrian College Associate Professor of Music Pete Ford earned bachelor's and master's degrees in music from Indiana State University. There he was mentored in Music Theory by Dr. John Ibberson and Dr. William Denton. He studied composition with Dr. David Ott among others, and began his study of jazz at Indiana State with Dr. John Spicknall.

Professor Ford has taught music at Adrian College fifteen-plus years. While his focus at Adrian is Music Theory, at other institutions he taught a variety of classes including Jazz History and Rock History. Equipped with a "classical" education, these experiences couple with his jazz and popular music performing background to positively and pragmatically inform his present-day teaching of Music Theory.

In addition to academia, personal musical projects continue to be eclectic, ranging from electric bass and keyboards in rock bands to composition and recording of professional broadcast commercial jingles in the late 1980's.

After completing graduate school, an arthritic LH index finger prevented him from continuing to play upright bass, so he began serious study of jazz piano in Toledo Ohio with mentors Gene Parker and Mark Kieswetter. He also learned a great deal about jazz performance from bassist Clifford Murphy and the late pianist Claude Black. For a time Professor Ford co-hosted the Monday Night Jazz Jam Session at the piano with Clifford Murphy on bass at Murphy's Place in Toledo. Professor Ford also appeared on occasion as a sideman playing piano at the legendary Rusty's Jazz Cafe before its time as a jazz club sadly ended.

Outside of his teaching duties in the Adrian College Department of Music, Professor Ford actively gigs on jazz piano around the Midwest, both as a freelance musician and with his own group "The Pete Ford Trio." He can be found playing keyboards in a variety of musical situations ranging from jazz clubs to planetarium programs to accompanying Elvis impersonators(!) to occasionally playing on Adrian Symphony Orchestra jazz concerts. Professor Ford also gigs occasionally on jazz organ.

A published composer, his composition "Ulterior Motives" for Saxophone Quartet is on the Class A Contest List for high school ensembles in Ohio, Wisconsin, Virginia and Florida. (See the below to order a copy from the publisher, Ludwig Music), and his solo piano collection and choral suite are available at the above links.

In May 2010 he played piano at Carnegie Hall in New York City, accompanying the Adrian College Choir on the world premiere of his own work entitled "Nahamasa--a Choral Fanfare for Asa Mahan." Examples of many of Professor Ford's musical endeavors can be found through his personal website, petefordtheory.com, or on his YouTube channel "PeteFordTheory."

Professor Ford continues to compose for different chamber ensembles, recently completing five jazz fugues for saxophone quartet, and various chamber string pieces. His musical arrangements and compositions have been performed as far away as Japan. He currently lives in Toledo with his wife (and fellow musician) Shannon Ford and their three cats.

Pete Ford's composition "Ulterior Motives" for Saxophone Quartet continues to be available through Ludwig Music. This piece is on the High School Music Ensemble contest list for Ohio, Wisconsin, Virginia and Florida (and maybe other places as well). It may be ordered directly from the publisher at the link below.
​
While attending the Michigan Music Conference in January 2016, he found that this piece was available, in a NEW PRESSING at the Stanton's Sheet Music booth. (His face below reveals delight at discovery of the new pressing).

Professor Ford has just written a music theory book called “Music Fundamentals” aimed at the student who is prepping for college as a music major. It will be published by Conway Publications. More information on this book will be available soon. 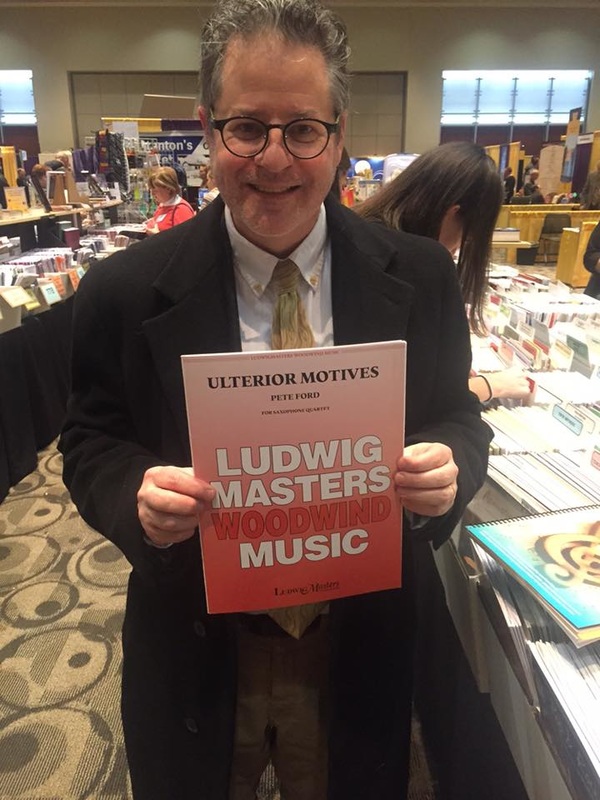 As a gigging musician, Professor Pete Ford can often be heard playing keyboards or electric bass throughout the Midwest.
Some of the groups he works with more regularly are listed below:

March 2016 ANNOUNCEMENT from Professor Ford:
With a heavy heart that I report the death of Keith Emerson (1944-2016).
As a personal note, Keith Emerson was my single greatest personal musical influence. Even my picture at the piano above is an homage to him, modeled after his Works Vol. 1 inset photo. Curiosity about Emerson's musical style provided the impetus for me to first want to become a musician; studying his music in greater depth revealed to me his greater genius. Musically, Emerson was informed (both classically and in a jazz sense), he was impetuously rebellious, and his fingers were peripatetically innovative.  What is more, Emerson had the chops to back up whatever musical idea he was going for. Keith Emerson simply redefined the keyboardist's possibilities in rock composition and performance, and set a bar so advanced that I might offer a parallel of what Charlie Parker did for the jazz saxophone.  Study of Emerson's music has brought me great personal satisfaction, and it has led me to discover both classical and jazz literature that would otherwise have been elusive.
One can find a bit of my scholarly work toward Emerson's music on my personal website, here: http://petefordtheory.com/Petes_website/Study_of_Keith_Emerson.html
Thank you, Mr. Emerson, for the inspiration.